Komodo island goes phenomenal after the monstrous lizard of the same name, Komodo Dragon (Varanus Komodoensis). Living in the secluded and small island, not many people knows the real truth of Komodo Dragons. Some are already jumping into conclusion, thinking that Komodo are the last dinosaur on earth (fact: they are not). Well, looking at the Jurassic-like landscape where they live at, one can easily mistook this lizard as dinosaurs descent. 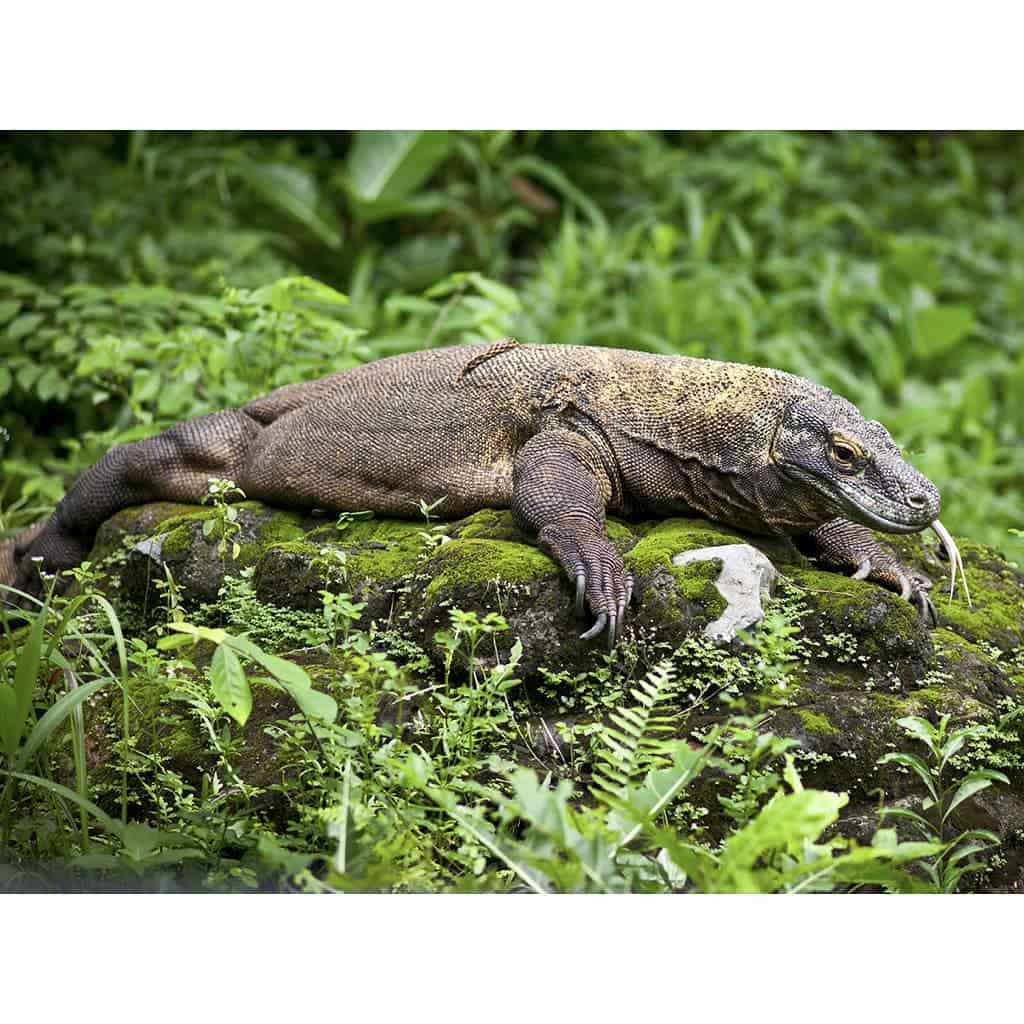 Komodo dragons are the last living species of largest lizard on earth, descending from a group of giant monitor lizard from the prehistoric era. Komodo island and Rinca, two largest island in Komodo National Park are the only place in earth to find them. It’s easy to see that the dragons are kings who rule the park. They have a national park and airport named after them. There are no single fences in both islands to limit their moves. And on top of that, they have fat deers and buffalos—their favourite munch—breed by the locals. However, these scaly beast still hide layers of mysteries. Here, we are about to reveal facts about Komodo dragon, some of them might made your jaw dropped.

Things You Might Not Know about Dragons of Komodo Island…

They Are Not Afraid of Human

Most of wild animals on earth are born with natural fear to humans—even the big brown bears. Humans are in the top chain of predators, thanks to our vast expansion, exploitation skills, and killing technologies. Many animals see human as super predators and leader of the “packs”. Animals never purposefully hunt human—and when they show aggression (or in some rare cases, actually prey us) was often for self-defense. Komodo dragons, apparently, are not one of them.

They are an apex predators and they can just attack you whenever you want. There are some cases of dragon attacks in the area, mainly due to victim’s lack of awareness. You might see them laze around the shades, but that wasn’t coming from fear. They are just simply too lazy to care about us. To avoid fatalities, the dragons in Komodo Island and Rinca are very well fed. Meals are mostly launched in the morning before tourist pour down, and their belly can be full for a month. To them, we are just another warm-blooded mammals.

They Eat Their Own—And the Babies!

Komodo are not very picky with their food. Aside from deers and buffalos (the largest mammals on the island, therefore the most satisfying), they are happy to eat fishes and any kind of available meat. And when the options has down, they’ll begin to eat their own. Komodo rangers never find bodies of dead dragons as they eat their own. By the same reason, young baby dragons are instinctively climb into a nearest tree as soon as they hatched. The babies need to keep themselves safe from their hungry uncles and aunties—including their own mother!

They Can Have Children Asexually

When there are lack of male around, female can still maintain the population by producing babies without male fertilization. This process is called parthenogenesis, in which unfertilized eggs can reach maturity and finally hatch.

Yes, a female Komodo can be a virgin mother—literally.

Let us know anything else you want to know about Komodo Island and its ferocious inhabitants!