Neutrals in interior design refers to shades “without colours”. These colours are often not found in the colour wheels. Neutrals often refer to those muted colours that include taupe, ivory, grey, whites, black, and beige. 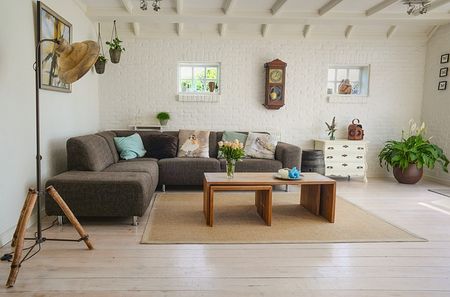 Some of you might think that these colours may appear “lifeless” but when you take a closer look to a lot of today’s interior designer portfolio, and even historical interior designers, these neutrals are always a recurring theme in houses. Why can’t you go wrong with choosing neutral colours?

Neutrals have always been a great start for styling your interior. Neutrals are naturally able to mend and mol to adapt to suit many, if not all, styles. however, make sure to pay attention to the undertones. Some neutrals might not be so neutral if you’re not careful with your picks.

Some whites have a pastel red undertone, or even gold as its undertone. Some browns have a strong red undertone in them, and while it’s a gorgeous shade, it could be a tone too rich to reach the muted, calming moods that neutrals are often associated with.

Simply put, they’re timeless. It won’t go out of favour no matter what era you’re in. And because they don’t stand out too much to begin with, you likely won’t bore of them either. Most people enjoy neutral colours exactly because people don’t have any preference nor distaste towards neutral colours.

Having your house based on neutral colours would save you the headache of changing it once you got tire of it or when it’s time to stage your house for sale.

Neutrals are an investment

Having neutral colours for your interior can be considered as an investment. Houses with tasteful neutrals often look more modern and contemporary, compared to rooms that aren’t. Consequently, the rooms might appear newer.

Choosing neutral colours would minimize the possibility of home-sellers alienating potential buyers. Say, your living room is painted dark purple, but not all of your potential buyers would want that shade. Most people also prefer houses that look modern and not cluttered. Neutrals for your interior could achieve this.

Neutrals are applicable across all aspects of your house

Choosing neutrals for permanent fixtures of your house, for example, walls, doors, and windows, would create a calm backdrop for your room. It would also emphasis on the furnitures as a feature to your rooms.

On the other hand, neutrals for your furnitures are excellent choices that go with whatever colour your room is. Or if you’d have it with the best of both worlds, neutrals for both the permanent fixtures of your house as well as your furnitures, you’re going to end up with a clean, modern look that many homebuyers are always attracted to.

Although the shades might not match in an exact manner, he furnitures and the rooms would still look great overall because neutral colours don’t oppose each other and they go with each other well.