Co-living might sound like a new thing; as it’s gaining popularity across the globe. It is indeed a “very millennial” thing that’s becoming a prevalent option for more and more people. However the concept of shared living spaces or communal living has been around since forever. In fact, the concept of individual family houses is relatively new, especially when human history is taken into consideration. 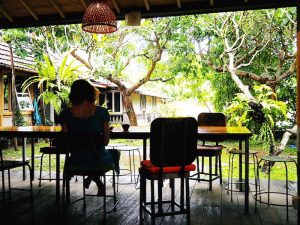 There is a confusion among the terms that concern the style of living in shared spaces. A lot of people often interpret co-living as “commune” or “hacker’s house”, or even “co-housing”. However co-living, especially by people who opt the lifestyle, is considered as distinct compared to other types of shared living. It’s been described that co-living puts emphasis on design, convenience, as well as service. Co-living has been described as more of a lifestyle instead of simply a shared living space.

Co-living emerges as the solution to more affordable housing in big cities, and is especially in demand in metropolitan areas. While the price of the house does not rise significantly in the past years, rent certainly does particularly in cities. A common financial problem faced by millennials and younger generations after them is student debt. A lot of millennials are looking for a more affordable housing; some even opt to live with their parents until they pay off student debts. For those who cannot afford to live back with their folks, co-living has been a brilliant solution so far. With the average apartment price amounts to $2,800 to $3,000 for a studio to one bedroom apartment in cities like New York, and rising still, co-living space definitely shines in terms of cost.

A number of common spaces exist in co-living buildings that encourage social activities. Some co-living spaces, aside from a common dining room, have a common, larger kitchen where tenants can cook together and more comfortably, as well as socially interact. Cooking events or cooking classes can also be held in these fashionable spaces. A lot of co-living companies also offer cinemas, working spaces, laundry, library, and even spa services, all in one building. It makes everything highly convenient—and that’s what set co-living style apart from other shared living styles.

The average price offered by co-living space is $200 to $300 per week for studio apartment and en suite. The price also depends on the length of your stay. The fee already covers utility bills, wi-fi service, taxes, security, as well as cleaning services. An obvious advantage of co-living spaces is that contract is largely flexible. This does not require one to put in the commitment, and is highly beneficial for people who are highly mobile and often move from one place to another. This is why co-living spaces are also extremely popular with travelers, working class who label themselves “digital nomads”, as well as people newly migrated to a city. The social setting of the co-living space is highly conducive of social interactions on a day to day basis, making it easier to form friendships compared to living in the traditional apartments.